Countess Alexandra (Nastenka) Hendrikov, lady in waiting to Empress Alexandra, had an apartment in the Freylinsky Corridor on the 3rd Floor of the Winter Palace in 1916-1917.

Countess Olga Hendrikoff was the sister-in-law of Nastenka, married to her brother Peter.

Photo of Mikhailovskaya Square (below) c1900 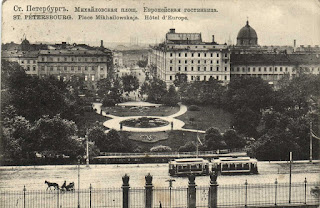 On February 27th, 1917 Olga writes of Nastenka’s return to Petrograd and having been met by a palace courtier in plain clothes rather than court livery. 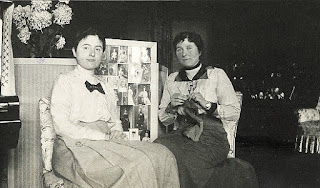 In July 1917, Olga, prior to leaving for Kislovdsk, went to the Alexander Palace in Tsarskoe Selo to say goodbye to Nastenka and describes this last sad meeting. 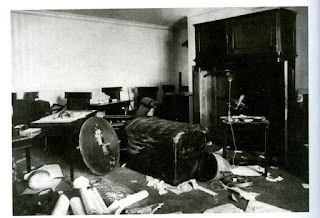 Posted by Winter Palace Research at 08:21