Nicholas II’s Pool vs. Bathtub in the Palaces

There has been speculation on who influenced Nicholas II wish to install a pool of his own in place of a bathtub in the palaces.

The architect Maximilian Messmacher built a pool in Grand Duke Alexei Alexandrovich’s palace in St. Petersburg in 1886. The large bathroom was divided into two areas; a marble bathtub and a marble pool. The floor was marble and the walls were lined with plain blue tiles with panels of mythical marine scenes. Alexei was Nicholas’ favorite uncle and would have seen the palace.

Messmacher's Designs (below) of Alexei's Bathroom and photograph today 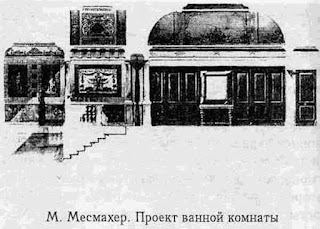 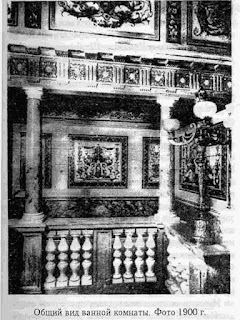 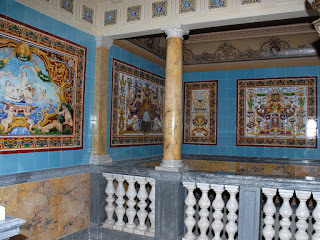 The first record of his own pool was Nicholas’ diary entry on Friday August 19th 1894 after arriving at the new Bialowieza hunting palace “… I have four charming rooms – even too luxurious … I joyfully crawled into the large, diving bathtub resembling a swimming pool …”

Photograph (below) of the Nicholas’ pool in Bialowieza 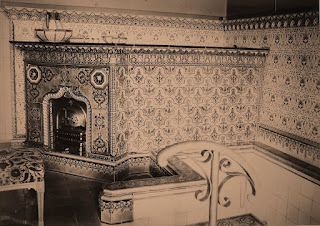 In March 1895 the architect Krasovsky designed a pool for Nicholas in the Winter Palace. The floor, ceiling, walls and pool were made of white marble. The panels on the walls imitated Alexei’s marine theme with seascape scenes. 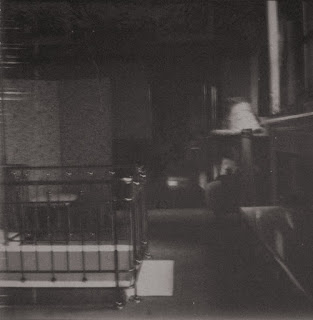 There were occasional problems with the pool that sound familiar to us today. On Saturday April 5th 1897 after arriving back in the Alexander Palace from a night of hunting in Gatchina, Nicholas wrote “… went to sleep at 6:30 am. Around this time there was very loud thunder-like noise – a pipe burst under tremendous pressure with scaling water pouring into the area below under my pool. Luckily it stopped and the pipe was fixed in the afternoon…” 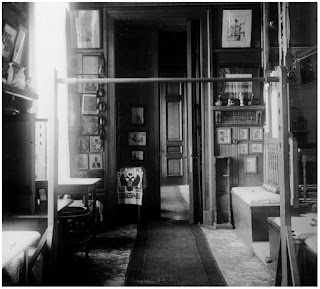