After visiting Danzig and Silesia in September 1835, the imperial family went to Teplitz for the Congress of Sovereigns and the dedication of the 1813 Battle of Kulm monument.

Nicholas I wore his hussar uniform and Alexandra wore a cornflower blue dress with a big hat of feathers when they arrived at Prince Clary’s Schloss for the reception of all the sovereigns and their suites. 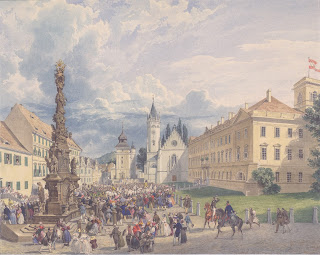 That evening a dance was held in the Assembly Rooms. Grand Duchess Olga later wrote that she had danced with Archdukes Albrecht and Ferdinand, Prussian cousins and finally Prince Albert of Coburg. He was considered handsome. I found him boring. He wanted to teach me how to waltz but I preferred to dance the gallop with Archduke Albrecht’. 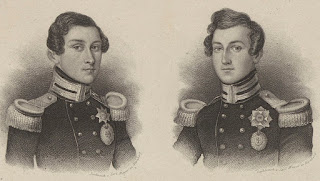 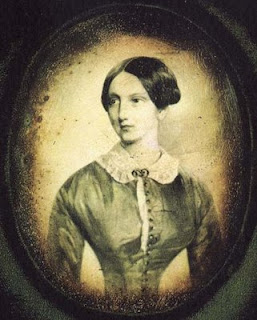 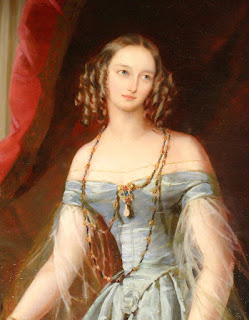 A tantalizing thought of ‘what if’ Albert and Olga had married. It is apparent from her memoirs that Olga considered herself destined as a wife of a crown prince. A marriage with a second son of a small insignificant duchy was unthinkable.

It is curious why the Teplitz trip was never mentioned in Charles Grey’s biography of the young Prince Albert that was largely dictated by Queen Victoria. This small insight into the fun-loving prince during his teen years gives a new interpretation of ‘Albert the Good’.

Teplitz was the first meeting between Nicholas I and Prince Albert. Did they reminisce when they met again in London in 1844?
Posted by Winter Palace Research at 07:21