Raphael Replica in the Malachite Hall

A replica of Raphael’s allegorical figures was created by the Italian painter of classicism Antonio Vigi in the Jasper Drawing Room. Vigi recreated the figures after the 1837 fire in the new Malachite Hall in the Winter Palace.

The central figure is called ‘Poetry’ from Raphael’s series ‘Stanza Della Segnatura’ in the Vatican. I describe in my book Vigi’s use of the old technique by order of Nicholas I in applying the figures on the white imitation marble. The seams visible on the wall, misidentified as cracks, reproduce the appearance of authentic marble. 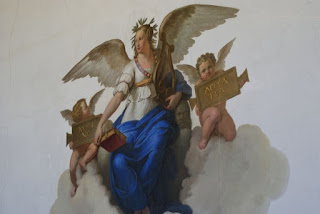 Photograph (below) or Raphael’s ‘Poetry’ c1508 in the Vatican 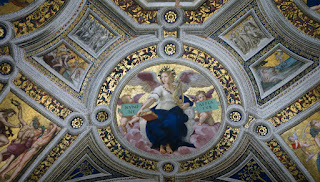 The cupid on the left holds a tablet with the letters NVMI NE and on the right AFFLA TVR. What words do the Latin letters represent? If it was in English, Raphael would be known as another Nostradamus with the premonition, 300 years in the future, that Nicholas I (N I) and Alexandra (AF) would reign! 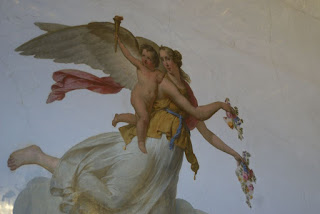 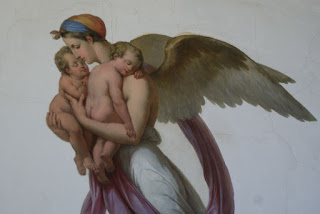 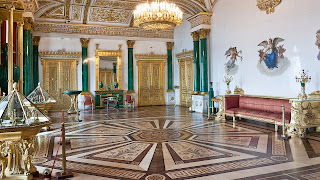 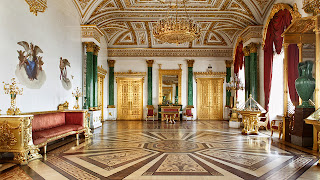 Posted by Winter Palace Research at 07:18