During their trip home to Saint Petersburg from Darmstadt, Nicholas II and Alexandra visited Potsdam on Wednesday October 27th 1899. They stayed for the day in Kaiser Wilhelm II’s apartments in the Neues Palais. The Kaiser had moved to his grandfather’s Babelberg Palace during the visit.

After ascending the throne Wilhelm, with controversial haste, had taken over the Neues Palais as his summer residence. Part of the restoration included countless hidden doors in the walls. One door led to the Delft tiled bathroom.

Photograph (below) of the bathroom in the Neues Palais 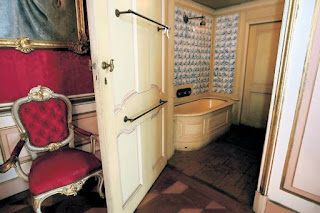 Nicholas II wrote that he took a refreshing bath here as they had headaches from the over-heated rooms before the 7:00 pm state dinner. 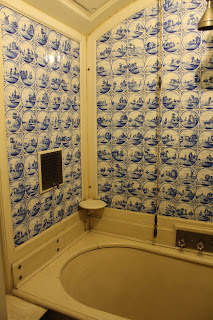 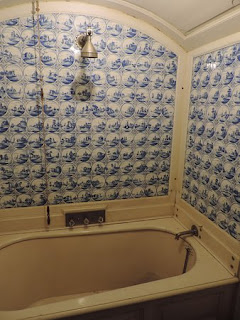 Aerials (below) of the Neues Palais 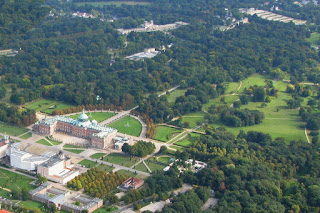 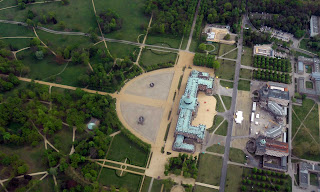 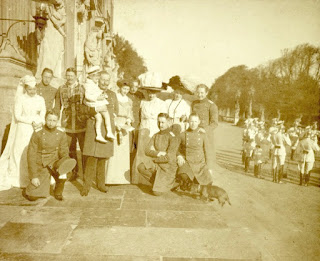 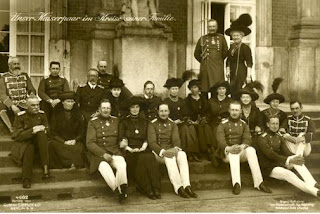 Arriving back at the Alexander Palace in Tsarskoe Selo on Friday November 5th, Nicholas wrote that with joy he took a bath in his swimming-pool tub!

Photograph (below) of Nicholas’ Bathroom in the Alexander Palace 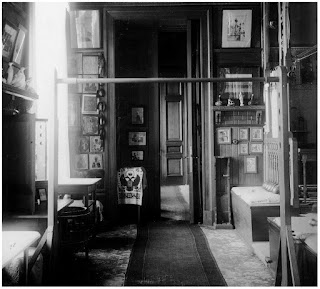 Posted by Winter Palace Research at 07:43