Krasnoe Selo, located south of Saint Petersburg, began as a summer camp for military maneuvers. Emperor Alexander I, when staying in the camp near the military field, lived in a tent. Nicholas I made the decision on October 3rd 1827 to construct two residences [called palaces in archival documents]: one for himself and Empress Alexandra and the other for his younger brother Grand Duke Mikhail Pavlovich.

Photograph (below) of the Krasnoe Selo Palace c1880s 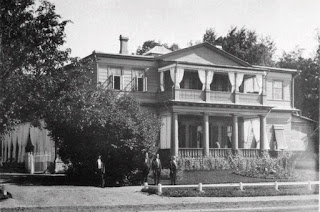 The modest palaces were two-storied wooden buildings on a stone foundation with balconies and verandas. The exterior was painted green. A kitchen was under construction. The following year accommodations were completed for the guards’ staff, horses and crews.

Plan (below) of the Wooden Palace 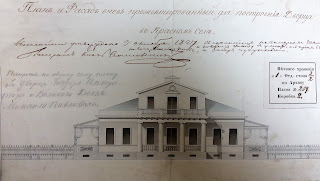 Plan (below) of Krasnoe Selo in 1831 [A location of Nicholas I’s palace; B - Mikhail Pavlovich’s] 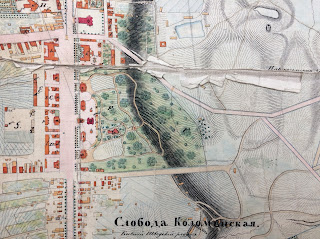 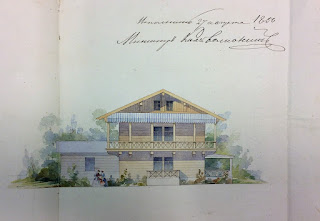 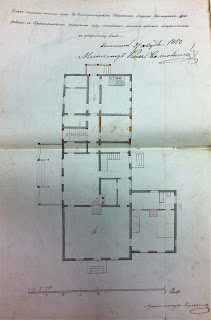 Plan (below) of the layout of Krasnoe Selo in 1859 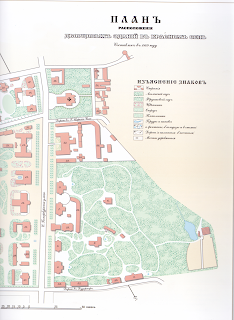 On Monday August 8th 1888 Grand Duke Konstantin Konstantinovich wrote in his diary that after the military maneuvers in the morning Emperor Alexander III invited all the officers to lunch. ‘The imperial table was set in the garden and everyone else was offered lunch on the grass covered with a table cloth and packed with many dishes. Then I saw the Empress, my wife, Mikhen and Ella. When the Emperor sat down at the table, we all surrounded the numerous dishes and sitting on the grass began to satisfy our hunger. Uncle Niki [third son of Nicholas I] became ill and left the royal table for the bushes where we were drinking coffee and smoking’.


The wooden palaces of Nicholas I and his son Alexander II were destroyed during the war. The palace of Grand Duke Mikhail Pavlovich (below) survived until the 1970s when it burned down. Nothing is left of the former wooden palaces, buildings and gardens. 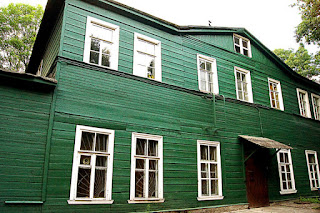 Posted by Winter Palace Research at 06:51