Three weeks after the crash of the imperial train near Borki on October 17th 1888, Empress Maria wrote about the tragedy in a letter to her brother King George I of Greece.

Photographs (below) of the train crash site by the Kharkov photographer A.M. Ivanitsky who was granted a gold ring with a sapphire surrounded by large diamonds and a piece of land by Emperor Alexander III 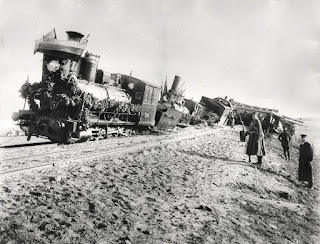 ‘It is impossible to imagine the horrifying moment when we suddenly felt the breath of death near us but at the same time, we felt the greatness and power of the Lord. I will never forget the feeling of bliss that I experienced when I finally saw my beloved Sasha and all the children unharmed appearing from the ruins one after another. Our car was completely destroyed. You probably remember our last car-restaurant similar to the one in which we went to Vilna together. Just at the very moment when we had lunch, we were 20 people, we felt a strong push and immediately after a second one, after which we all were on the floor and everything around us staggered and began to fall and crumble. At the last second I saw Sasha who was in front of me behind a narrow table fall collapse. At that moment, I instinctively closed my eyes so that would not get shards of glass. There was a third push and many others right under the wheels of the car which rose as a result of the other cars ran into ours and dragged even further. All rumbled and gnashed and then suddenly there was such a dead silence as if there was no one left alive. 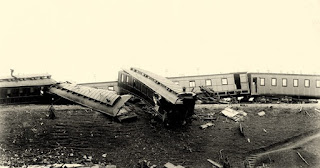 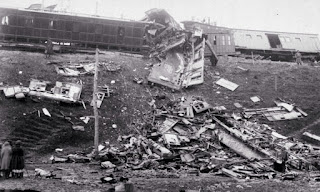 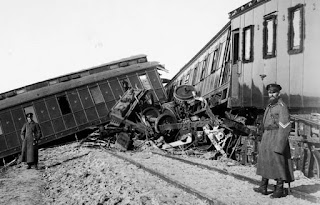 I remember all this very clearly. The only thing I do not remember is how I got up. I just felt that I was standing on my feet without any roof over my head and I could not see anyone because the roof hung down like a partition, neither Sasha nor those who were on the opposite side since the very big car was right next to ours. This was the most horrible moment in my life when I realized that I’m alive but that there is none of my loved ones around me. Oh! This was really scary. Then I suddenly saw my dear little Xenia, the came George who shouted to me that Misha is here too. And finally Sasha appeared who I held in my arms. The table was standing but everything was destroyed. Sasha was followed by Nicky and someone shouted to me that the baby was unharmed. Poor little Olga was thrown out of her car and fell down from the high embankment but had no damage just like the poor fat nurse. But my unfortunate waiter had a leg injury as a result of the tile stone falling on him. But what horror we experienced when we saw many of our dear and devoted people killed and wounded.

Drawing (below) of Emperor Alexander III and Empress Maria at Kharkov 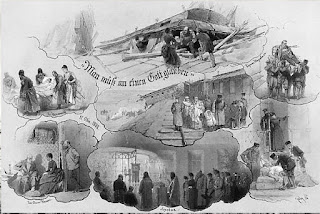 But what we looked like was terrible. When we got out of this hell, we were all with bloody faces and hands. We were also in the dust and it was not possible to clean up completely. Sasha strongly stuck his foot. He limped for a few days but his leg was completely black from the hip to the knee. I also quite strongly hurt my left hand, it was also completely black. Little Xenia and George also injured their hands. The adjutant of the children injured his fingers and received a severe blow to the head but the worst thing happened to Sheremetev who was half crushed. Many are still in hospital in Kharkov which we visited two days after the incident.’

On May 27th 1891 at Gatchina Palace, Alexander III wrote his wife after receiving a letter from Livadia. ‘I fully understand and share everything that you experienced at the crash site in Borki and how this place should be dear and memorable to all of us. I hope that someday we will be able to visit all together with the children.’ 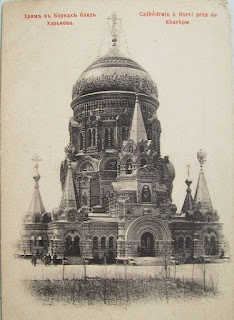 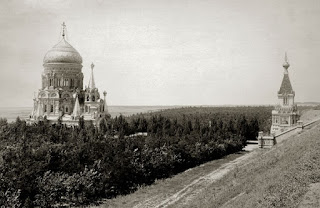 On Thursday August 20th 1898 Nicholas II and Empress Alexandra ‘at 12 o’clock arrived at Borki. We went down to the church, which was built in memory of the crash of October 17 (1888), where there was a prayer service. We also looked over the chapel at the foot of the railroad embankment, where the crumpled up dining car lay. All looked very beautiful and a beautiful park was spread around it. We departed at 12:30.’ 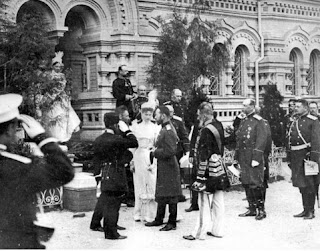 The last visit of Emperor Nicholas to Borki was noted in the chamber-fourier journal on April 19th 1915. ‘At 3 pm the imperial train stopped at the platform of the Cathedral of Christ the Savior near the station of Borki. Upon leaving the car the Emperor received the Kharkov governor then he listened to a prayer in the church and in the chapel at the railroad track.’

Photograph (below) of the chapel in Borki today 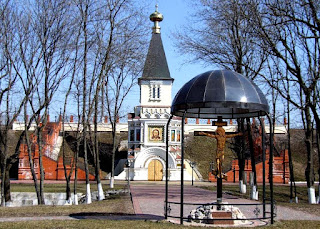 Posted by Winter Palace Research at 08:35 No comments:

The palaces and manor estates of aristocratic families that survived the revolution are now popular museums with specialized exhibitions. Little is known to many visitors of the individuals who lived there. Kuskovo located east of Moscow was the summer home of the richest family in the empire, the Sheremetevs. 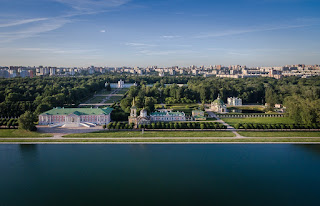 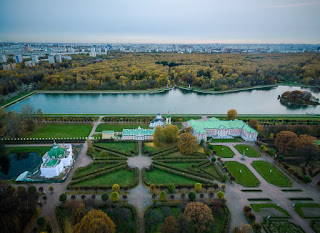 Count Dmitry Sheremetev was five when he inherited the family fortune and estates and had been only twenty days old when his mother died in 1803. Now in 1809 the Dowager Empress Maria Feodorovna assumed guardianship in remembrance of the friendship between his father Count Nicholai and Emperor Paul. On April 18th 1837 Dmitry married his distant cousin Anna Sheremeteva, lady-in-waiting to Empress Alexandra, in the Anichkov Palace. A year later their first son Nikolai was born with Emperor Nicholas as the godfather. He died on October 20th 1843 from scarlet fever. Their second son Sergei was born on November 14th 1844 and christened in the Winter Palace.


Photographs c1880s (below) of Kuskovo 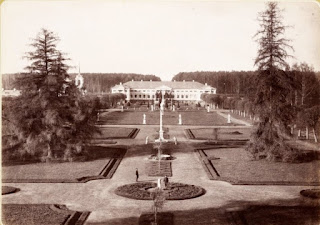 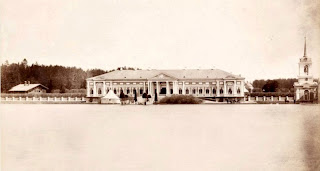 Sergei recalled that his ‘father loved to stay at home and mother was extremely fond of travelling. She did not like Ulyanka [manor on the Peterhof Road] but loved Kuskovo which he did not like’. They spent the summers of 1845 and 1846 in Ulyanka but in 1847, 1848 and 1849 Anna stayed in Kuskovo. She had written a friend that ‘Kuskovo is beautiful and I leave in tears’. She died on June 11th 1849 at the age of thirty-eight in her beloved Kuskovo. Dmitry remarried in 1852 and had another son Alexander in 1859, then separated with his wife. He died alone in Kuskovo on September 12th 1871.


Photograph (below) of Kuskovo Manor today

After the count’s death, the properties were divided between the brothers Sergei and Alexander. Kuskovo was inherited by Sergei. In later years he bought more estates including Mikhailovskoe and Ostafievo, rarely staying at Kuskovo. Alexander owned among others the Ulyanka estate in Peterhof. 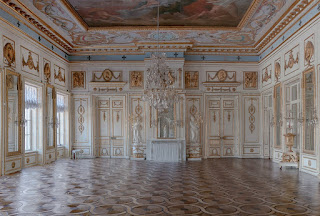 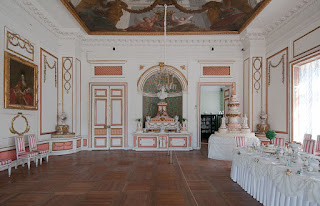 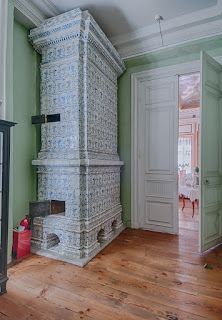 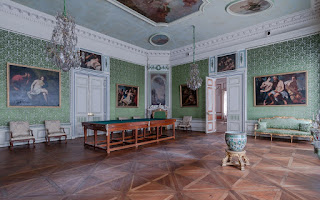 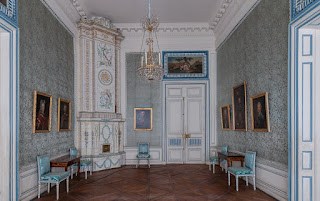 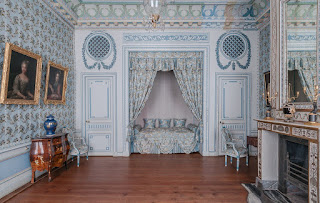 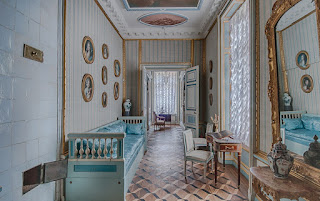 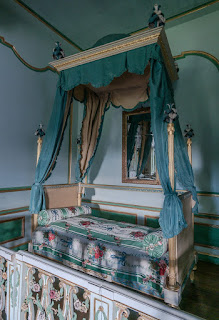 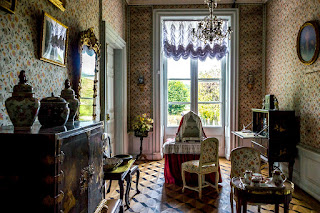 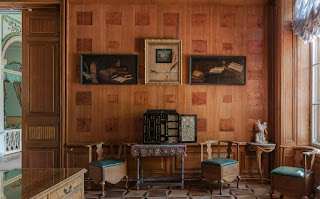 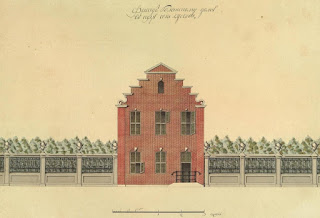 Photographs (below) of the Dutch Cottage c1880s and today 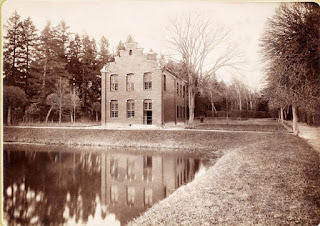 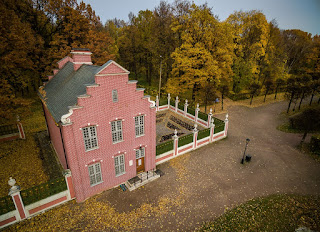 When the historical museum opened in the Lower Dacha in Peterhof in the 1920s, the curators requested summer wardrobe items of the imperial family from the Detskoe Selo Palace Museums. In 1926 the Alexander Palace Museum gave Nicholas II’s naval suit, naval uniform, linen shirt and other items, and Alexandra’s blue chiffon and white cambric dresses and white linen kimono. 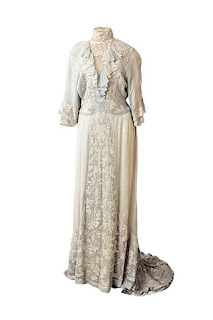 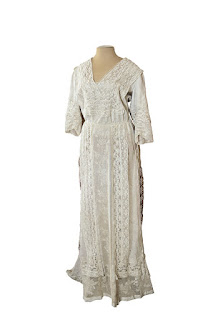 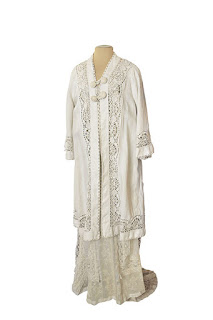