During the last two centuries the baby products for the young imperial grand dukes and duchesses are familiar having been adapted to modern times. 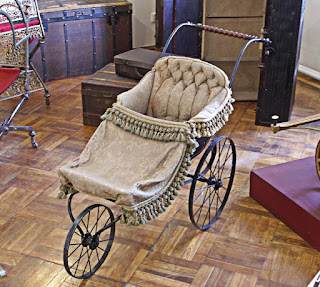 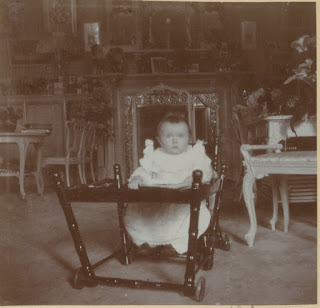 Empress Alexandra with a Group of Singers in the Winter Palace

In 1902 Empress Alexandra took singing lessons with a professor from the St. Petersburg Conservatory. A year later the photographs below show the empress joining a group of singers in her Silver Drawing Room (186) on the 2nd floor of the Winter Palace. 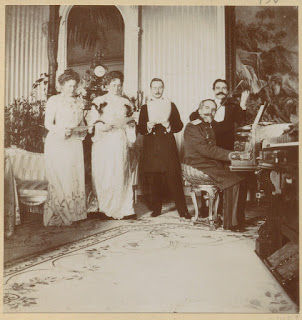 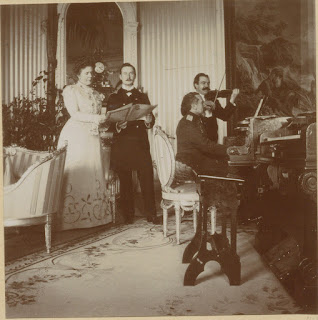 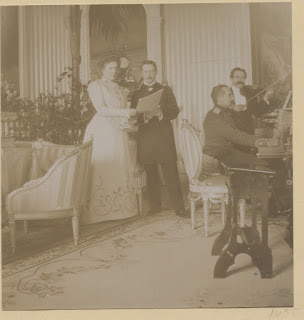 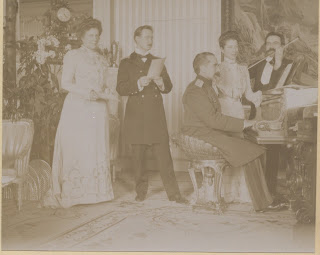 On the afternoon of Saturday February 8th 1903 Nicholas II noted in his diary that ‘four singers from Vienna sang various funny things in the Malachite Hall’. 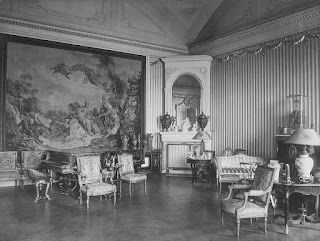 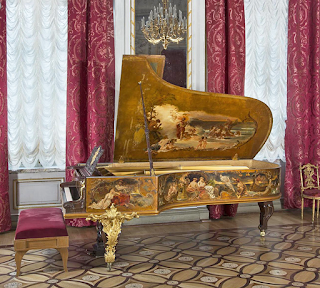 ‘There was a severe blizzard during the night which stopped by morning. A mass of snow had fallen’. [Nicholas II’s Diary Friday January 26th 1901]


Photograph (below) of Nicholas with his dogs and Empress Alexandra’s little dog near the Saltykov Entrance in the Private Garden of the Winter Palace [ГАРФ, ф 601 оп.1 д.1632] 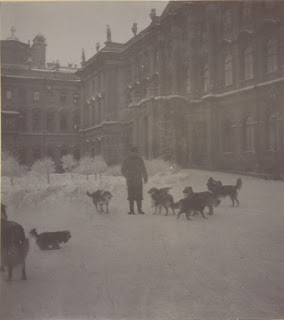 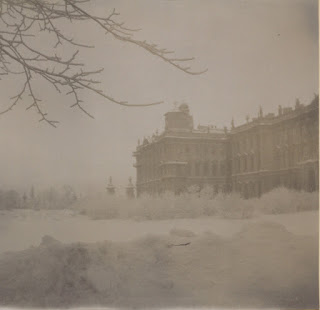 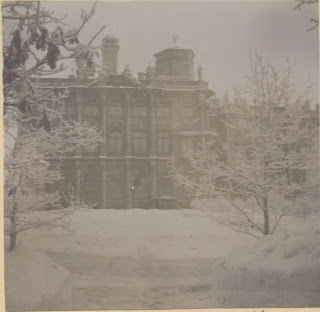 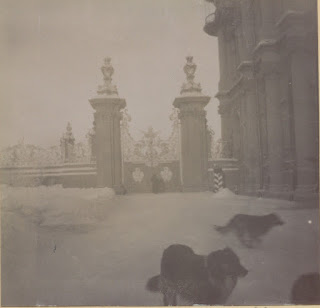 During a visit from Saturday January 13th to Thursday February 15th 1901 Empress Alexandra’s brother Ernest, Ducky and their daughter Elizabeth lived on the 3rd floor of the Winter Palace. A series of family photographs were taken in the Study (184) of Alexandra on the 2nd floor [ГАРФ, ф.601 оп.1 д.1632].


Photographs (below) of Nicholas II, his sister Xenia and Ducky next to Alexandra’s vitrine 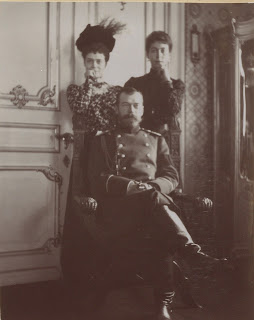 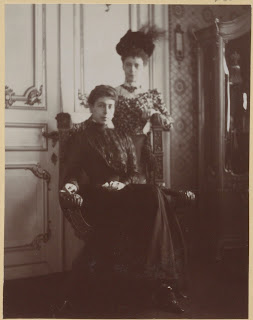 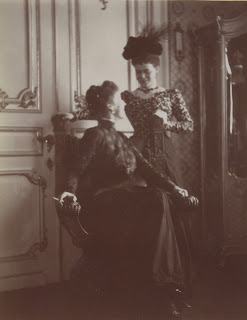 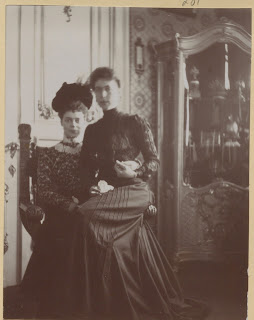