Potted Walls in the Winter Palace

After the fire on December 17th, 1837 destroyed the Winter Palace, a Commission was formed to restore the palace. The wooden walls and partitions, installed in the 1820s-1830s, were a contributing cause of the fire.

To prevent further fire hazards, the Committee under Kleinmikhel used a new technology called ‘potted’ for the interior walls and ceilings.

The potted method lessened the weight of the vaulted ceilings and walls. Up to five million clay pots were produced by May 1838, allowing the walls to quickly dry for finishing.

When the Hermitage Museum restored the former rooms of Nicholas I on the 3rd floor of the Winter Palace, they left open one of the potted walls.

Photographs (below) of the potted wall on the 3rd floor 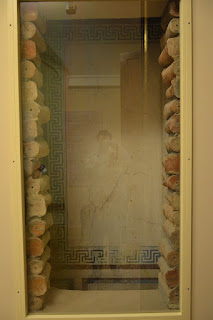 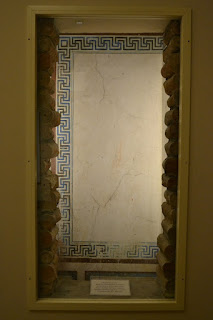 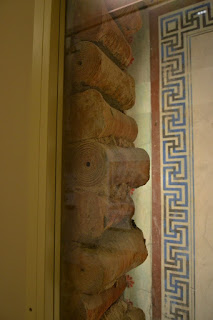 For a long time, the potted walls were a mystery to me when reading descriptions of the walls. Six years ago, I discovered photos of the interior staircase on the 2nd floor showing the pots exposed. One architectural detail finally solved!

Posted by Winter Palace Research at 07:08