Imperial Balls in the White Hall

Imperial balls, dinners and dances were held in the White Hall on the 2nd floor of the Winter Palace facing Palace Square during the reign of Alexander II.

In a letter to her brother Karl of Hesse-Darmstadt in 1842, Empress Marie wrote “… the big white ballroom with statues brought by Sasha from Italy [in 1838, now in the Hermitage] …”

The White Hall was also used for exhibitions. In 1861, Petr Sevastyano’s 5,000 photographs of Byzantine objects and manuscripts, drawings and copies of works of art from his trip to Mount Athos in 1857-1858 were displayed for Alexander II and his guests.

On Monday, January 19th, 1904 Nicholas wrote “… At 9:30 the Grand Ball began. There were so many people as never before and there were enough places for people at dinner. I went around the tables in all the halls …”

The January 19th diagram I have of the 2nd floor indicates the position of the tables in the Halls for the 2360 guests. There were 18 oval tables (standard 14) set up in the White Hall.

On Wednesday, February 7th, 1896 Nicholas wrote “… We looked over Aivazovsky’s paintings, which he had set up in the White Hall by our wish …” and on Monday, February 12th late evening “… we walked around to see all three interior guard-posts … It was quite a special thing to do this in half-lit halls… We took another look at Aivazovsky’s works …”

Photographs (below) of the White Hall from Alexander Uspansky’s ‘The Imperial Palaces’ Vol 1. 1913 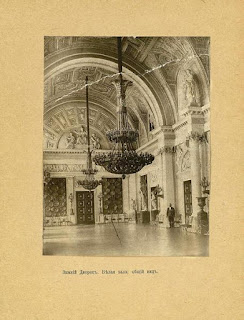 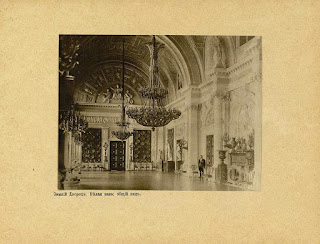 On Monday, March 4th, 1896 Nicholas wrote “… At 2PM we went to the White Hall, where Dr. Pyasetsky showed us an excellently done unfolding panorama of his trip last year … Caspian See to Teheran …”
On Wednesday, March 1st, 1900 Nicholas wrote “… Mama, Misha and Olga had dinner at our place. In the White Hall Lt. Botkin gave us an interest talk on his expedition to Baikal and showed us many photographs on a magical light machine.

On Friday, March 22nd, 1902 Nicholas wrote “… Then we went to the White Hall, where the ladies had been invited. Makarov was to give us a lecture on his northern sailing on the ‘Ermak’. But this did not happen, since Makarov turned out to be sick in Kronstadt and no one informed us about this. Quite a stupid occurrence!…”

Photographs (below) of the White Hall – Uspansky 1913 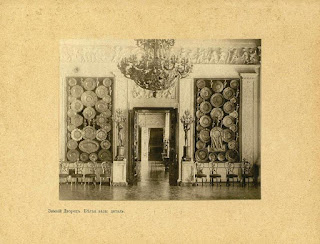 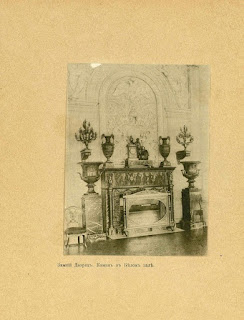 Photographs (below) of the White Hall today 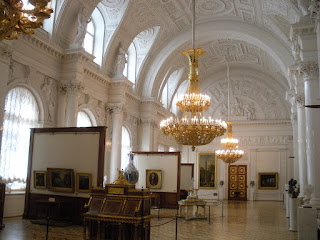 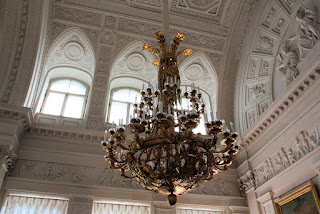 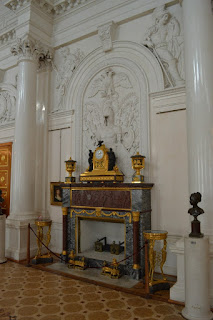 Posted by Winter Palace Research at 07:15