In the summer of 1797 Emperor Paul had Empress Elizabeth’s stone palace in Peterhof redecorated and gave it to his wife Marie Feodorva. Nicholas I gave his son Alexander II the right to use the renamed Own Dacha in 1843.

Andrei Stakenschneider redesigned the facades and with Alexander Briullov the interiors in the French rococo stye from 1846 to 1850. On July 20th 1850 the solemn consecration of the renewed dacha was held before the imperial family. 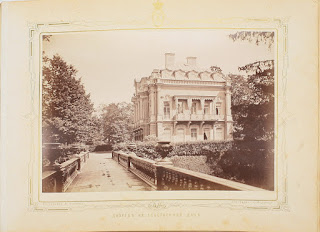 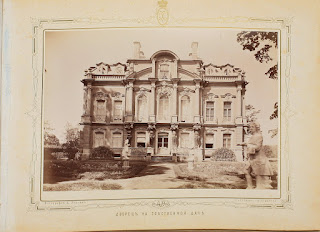 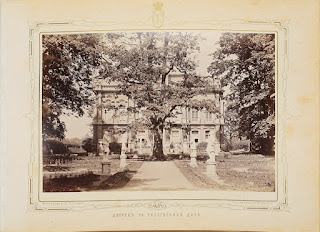 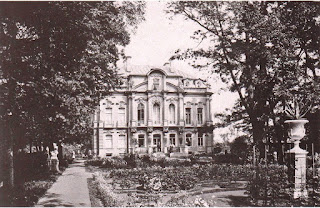 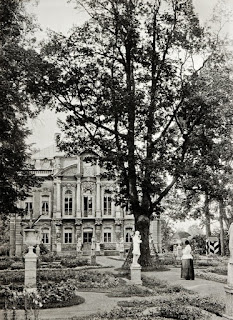 Plan and Model (below) of the Dacha 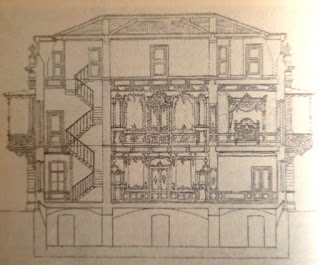 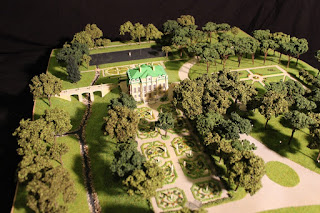 The library, Marie’s study, drawing room, bedroom and maid’s room were on the 2nd Floor. Above the canopied bed was a carved ivory image of the Madonna. In the bathroom was a marble tub with the mural ‘Triumph of Galatea on the large wall.

L. Premazzi's watercolor (below) of the bedroom 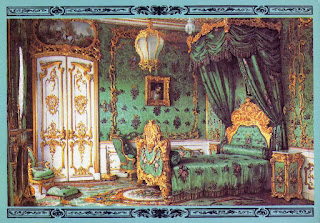 It was here that Alexander II and Marie Alexandrovna honeymooned in the spring of 1841. A devastating loss for the family was the death of their six-year old daughter Alexandra in the dacha on June 16th, 1849. Although Alexander II lived in the Farm Palace in Peterhof, they continued to use the dacha occasionally. The lady-in-waiting Anna Tiutchev wrote that on the name day of Marie on July 22nd 1854 “… in the evening the imperial family gathered for tea in own little palace …”


Forty years later, Nicholas II wrote on June 26th 1895 that he “ … went with Alix to the Private Dacha. We looked over the house …” 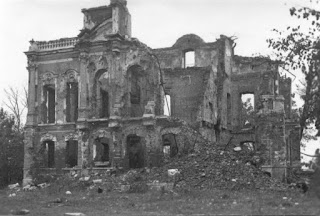 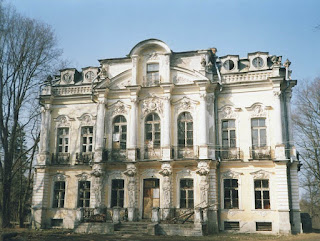 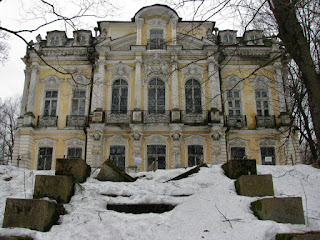 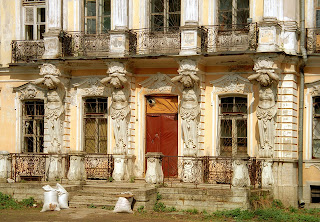 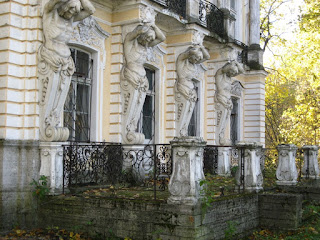 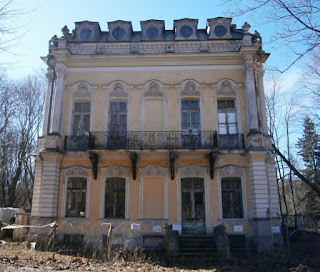 Posted by Winter Palace Research at 07:30