Fireplace Problems in the Winter Palace

On October 15th 1763 Catherine the Great moved into her newly renovated rooms on the 2nd floor
( #263 to #281 http://winterpalaceresearch.blogspot.ca/2016/10/plan-list-of-2nd-floor-of-winter-palace.html) in the southeast corner of the Winter Palace, facing the square.

The empress rose at five in the morning, lit her fire and then made coffee for herself. One day, unaware that the sweeper had climbed the chimney, she lit the fire and then heard swearing coming from the fireplace.. He yelled the coarsest words down believing it was the stove-lighter. The Empress hastened to extinguish the fire, laughing heartily.

Alexander I renovated his grandmother’s rooms for a visit by King Friedrich Wilhelm III of Prussia in June 1818. He was the father of Nicholas I’s wife Alexandra. She wrote that, the first night, they had a family dinner in the small room above the porch (280) overlooking the square. The ladies sat at the table and the men ate standing up. The rooms were destroyed in the 1837 fire. 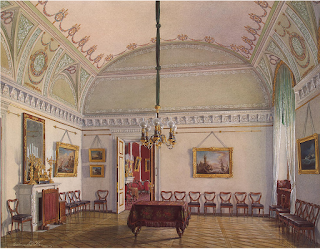 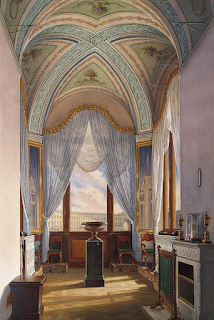 Photographs (below) of the former Dining Room today 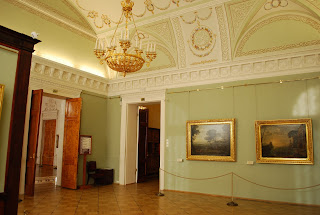 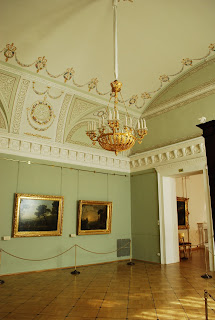 A hundred years later, during the reign of Nicholas II, a chambermaid lit a fire in the fireplace in Alexandra’s study (185) and left. When the empress entered, the room was filled with smoke. The maid had forgotten to open the flue.

Photograph c1917 (below) of the fireplace in Alexandra’s Study 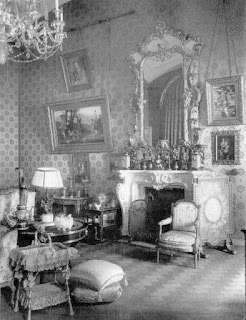 Posted by Winter Palace Research at 07:22