The Palace in the Shadows – Oranienbaum

With its strange name and owned by minor members of the imperial family, Oranienbaum is unknown to many among the other famous palaces in Saint Petersburg.

Aerial Views (below) of Oranienbaum Palace 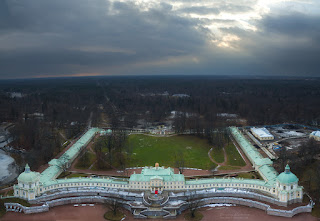 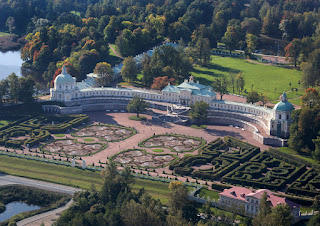 The palace to the west of Peterhof and opposite Kronstadt was built for Prince Menshikov during the reign of Peter the Great. A rare sight in that harsh climate were the orange trees [orangenbaum in German) he planted in the lower park.

Photographs (below) of Oranienbaum Palace 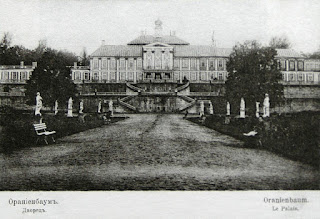 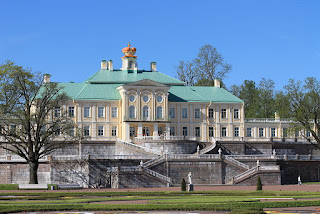 Empress Elizabeth gave the estate to her heir Peter and Catherine in 1745. The architect Rastrelli added the two side wings with towers: the right was called Ladies-in-Waiting and the left Kitchen. Although she hated the memories of her married life in Oranienbaum, Catherine the Great built the Chinese Palace and Sliding Hill after ascending the throne in 1762. When Swedish guns threatened the area in 1792, all the interior decorations were removed to Saint Petersburg: mirrors and furniture to the Tauride Palace, paintings and library to the Hermitage, etc.

Model (below) of the Sliding Hill 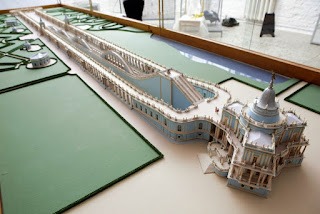 Oranienbaum passed to Grand Duke Mikhail Pavlovich, the younger brother of Nicholas I in 1825. After his death in 1849 and his wife Elena Pavlova in 1873, their only surviving daughter Catherine inherited the estate. She had married Duke George of Mecklenburg-Strelitz in the Winter Palace on February 4th 1851. They lived in the great palace during visits in the winter and in the Chinese Palace during the summer months. With Catherine’s death in 1894, her properties were shared among her three children: George, Mikhail and Elena. As a collector, George continued to decorate the luxurious interiors with rare items. Elena and her husband Prince Albert of Saxe-Altenburg lived in the Chinese Palace. 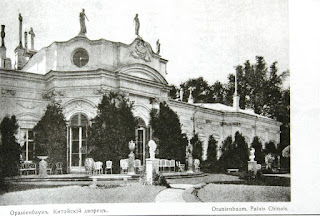 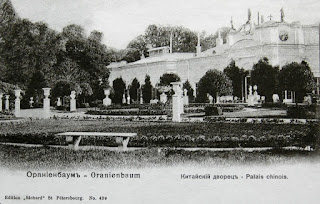 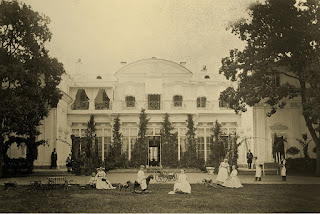 On Wednesday July 10th 1896 Nicholas II wrote that ‘at 4:00 pm five of us went off with Mama on the Peterhof yacht to Oranienbaum to visit Tinkhen [Elena] and Albert in the Chinese Palace. After tea we looked over the house’.

At 3:00 pm on Friday June 24th 1905 Nicholas and Alexandra ‘went off in Orlov’s car through Oranienbaum along the highway for ten miles past the new Battery Defense. We walked along the seashore in a beautiful forest. On the way back we had tea at Tinkhen’s in the Chinese Palace and looked over Peter III’s house’.

Photographs (below) of the exteriors and interiors of the Chinese Palace 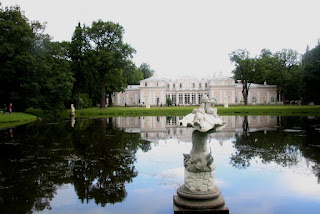 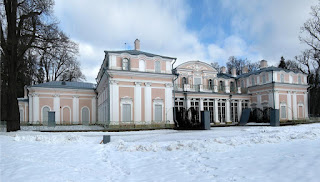 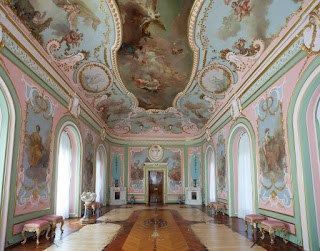 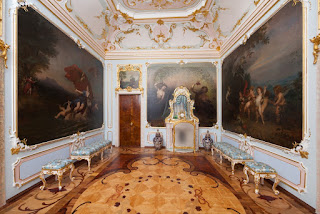 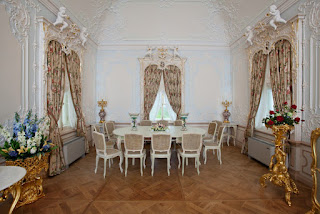 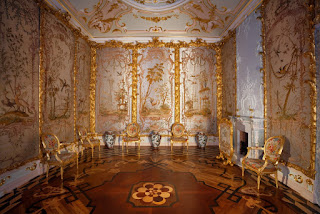 Posted by Winter Palace Research at 07:42