The Prince of Wales Bathtub in the Old Hermitage

The Old Hermitage facing the Neva River was completed by the architect Yuri Felten for Catherine the Great in 1787. Nicholas I had the 2nd floor rooms redesigned by Andrei Stakenshneider in the late 1840s. It was known as the 7th Spare.

The Prince of Wales, later King Edward VII, attended alone the wedding of his sister-in-law Dagmar of Denmark (Maria Feodorovna) to the future Alexander III in October 1866. He stayed in the 7th Spare.

Emperor Alexander II would give his guests albums of photographs of the palaces in remembrance of their stay in Saint Petersburg. One of the albums presented to the Prince of Wales was his suite on the 2nd floor. The private rooms faced the inner courtyard and larger salons the Neva. 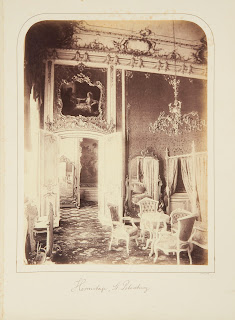 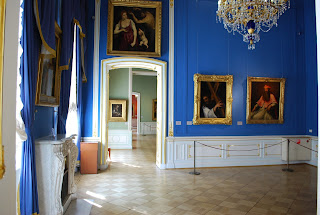 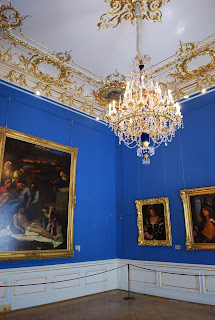 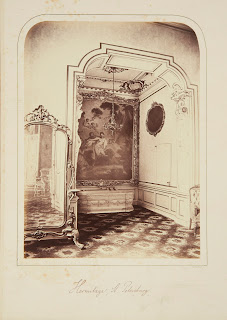 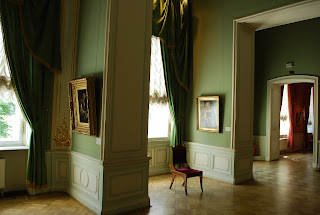 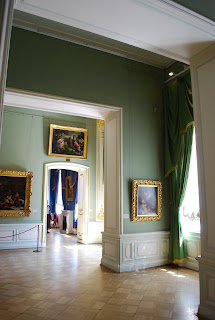 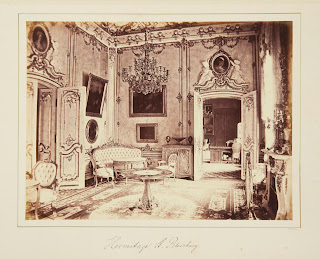 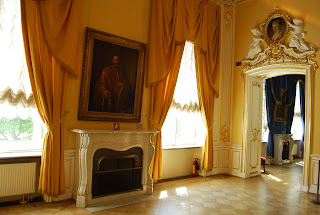 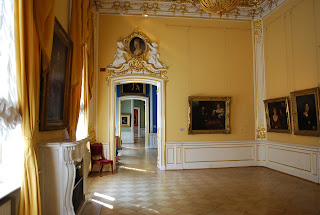 Posted by Winter Palace Research at 07:26