A Christmas Visit to Vienna in 1781

The Count and Countess von Norden left Saint Petersburg on September 30th 1781 for a trip through Europe. Who were they? It was not unknown for royals to travel incognito although the attempt to conceal their identities was laughable. The Austrian imperial court began preparation in July to receive the son and daughter-in-law of Catherine the Great, Paul and Maria Feodorovna.

They arrived in Vienna on the afternoon of November 21st, stopping first at the Augarten Palace where Maria was reunited with her Wurttemberg family before proceeding to the Hofburg.

Karl Schütz c1780s engraving (below) of Vienna from the Belvedere Palace 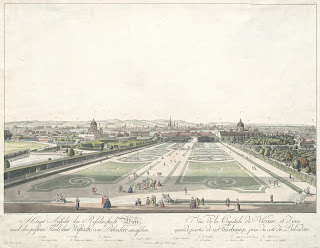 Karl Schütz c1780s engraving (below) of the Hofbibliothek, St. Stephan's and a Platz in Vienna 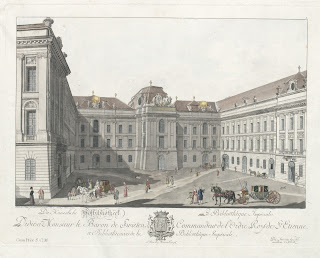 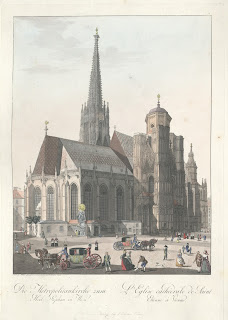 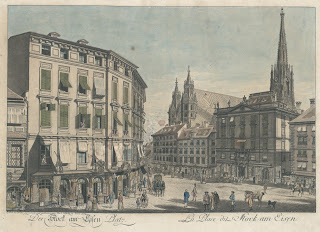 The Russian guests did not have a free moment. The receptions at court, balls, masquerades, operas and plays were followed by excursions around the city. They went to libraries, galleries, universities, hospitals, orphanages and factories.

Emperor Joseph II wrote to his brother Leopold, the Grand Duke of Tuscany advising that ‘it would be desirable to arrange everything so that the couple do not need to leave before 9 or 10 in the morning and in particular they could retire by 10 or 11 in the evening as they devote a considerable part of the morning and evening to learning and correspondence. Do not bother them with seeing several objects in one day but on the contrary you need to give them an opportunity to examine in detail all the curious and wonderful’. Later Leopold reported back to Joseph that he was struck by the knowledge of the grand ducal couple surprising him with ‘their information about Vienna, all civil and military ranks, family relations, individuals, etc.’

A magnificent masquerade ball was held in Schönbrunn Palace on November 25th. The couple left the festival at 2:00 am while the other guests continued having fun until 8:00.

Karl Schütz engravings c1780s (below) of Schönbrunn Palace and Gardens 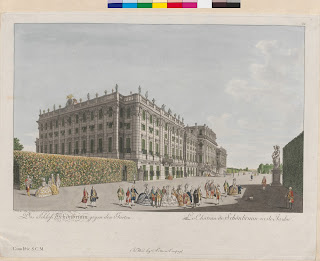 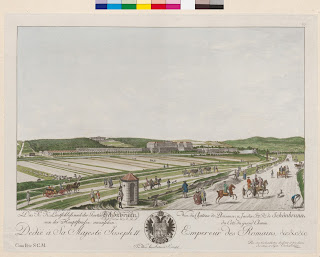 They toured the rich collection of artwork in the Belvedere Palace. On December 15th they visited the Academy of Fine Arts and on the 23rd the Music Academy.
In the Leopoldine Wing of the Hofburg on December 24th Joseph II hosted a musical contest for the couple between Wolfgang Mozart and Muzio Clementi. On Christmas day Maria held a small concert for selected guests in the Amalienhof, a part of the Hofburg Palace. Joseph Haydn played, for the first time, his ‘Russian Quartets’ and received from the enthusiastic Maria a box studded with diamonds.

Painting (below) of Joseph Hadyn playing his Quartets 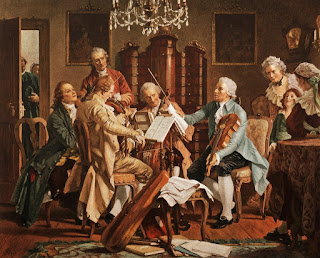 Aerial View of the Hofburg Palace

Photographs (below) of the Amalienhof and its interior today 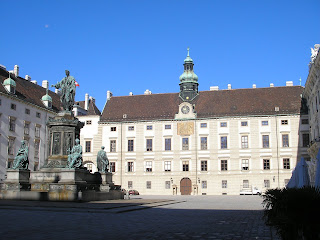 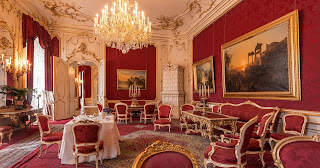 Posted by Winter Palace Research at 16:29