A Tank of Mud in the Alexander Palace

In October 1912, the Tsarevich Alexei suffered an injury at the Spala hunting lodge in Poland. Returning to Tsarskoe Selo on November 5th, Nicholas II and Alexandra arranged, on the advice of the doctors, various treatments for their son’s recovery in the Alexander Palace. 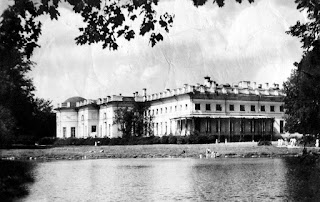 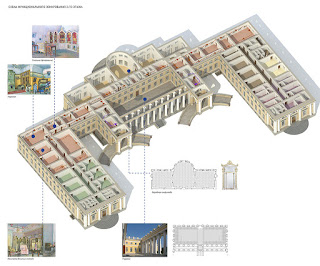 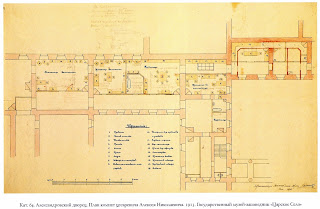 The account documents reveal that from November 1912 to March 1913 there were twenty-seven visits to the palace by Dr. S. Federov, fifteen by Dr. R. Vreden and one hundred and twenty-four by the neurologist Dr. S. Dmitriev.


A special bed was ordered from the Berlin Orthopedic Institute and a desk with an adjustable seat was constructed for his classroom.


Painting (below) of Alexei's classroom with the desk 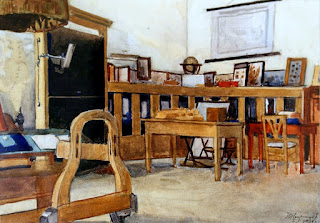 Among the orthopedic apparatuses for Alexei acquired by Dr. Vreden, the director of the Orthopedic Institute, were an armchair on bicycle wheels for 464 rubles and a walker on wheels for 60 rubles.


Hot mud baths were a part of the therapy. We are familiar with Nicholas II’s diary and photographs of Alexei’s treatment in the Livadia Palace. There were twelve sessions on the left hip, knee and the elbow of the left arm.


Photographs (below) of Alexei’s mud bath treatments in Livadia 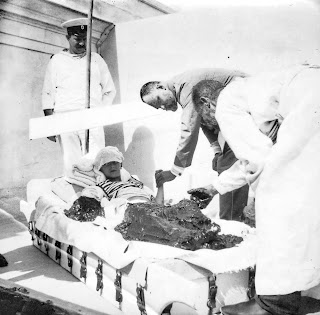 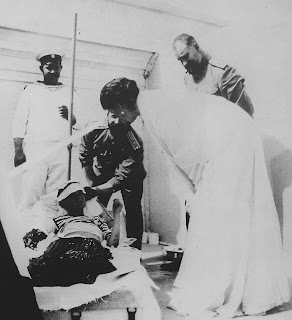 Little is known of the fact that he also had mud baths in the Alexander Palace. The medicinal mud from Lake Moynaki near Evpatoria was placed in barrels and shipped to Tsarskoe Selo. It was stored in a tank in the basement of the palace.


Plan (below) of the basement in the Alexander Palace today 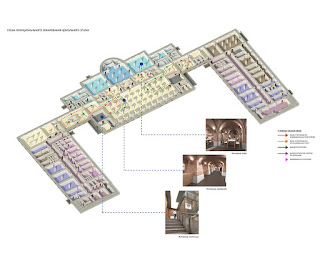 Posted by Winter Palace Research at 14:23