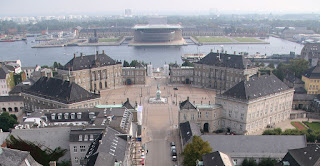 Their children with their families visited yearly. On Thursday July 14th 1894 Nicholas II arrived from England where he had been visiting his fiancé Alexandra. ‘I rode to Amalienborg where I saw Amama [his grandmother]. I was put in the rooms at the very top’. The following Saturday a dinner for the King of Sweden was held in Christian VII’s palace.
Floor Plans (below) of Amalienborg Palace 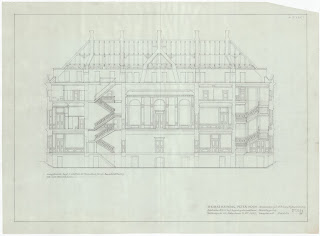 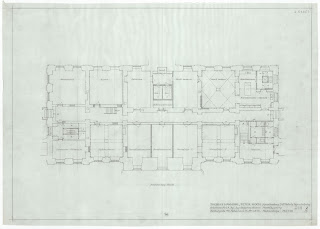 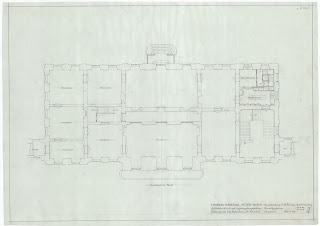 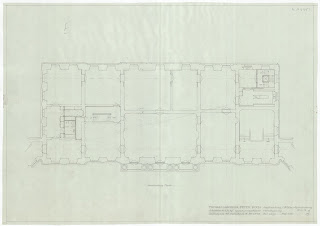 After the death of Queen Louise in 1898 and King Christian in 1906, their palace remained uninhabited. The following series of interior photographs were taken in 1866 and 1908:
Knight’s Hall 1866 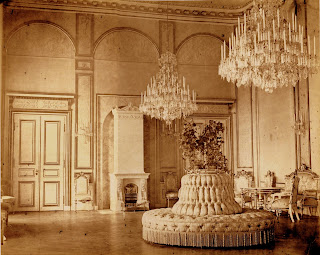 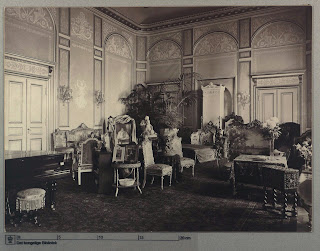 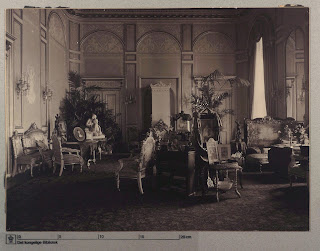 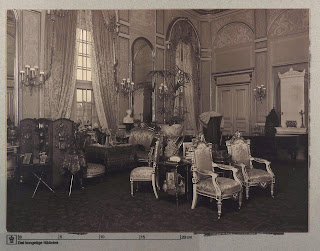 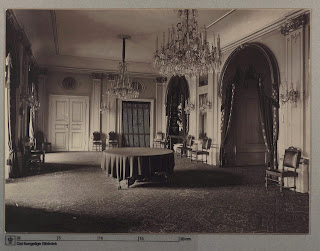 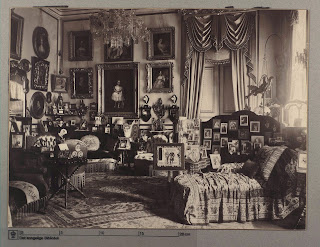 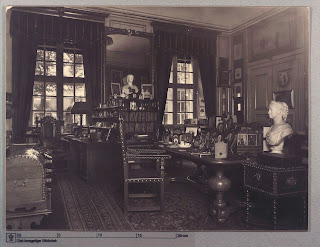 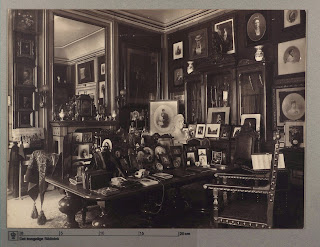 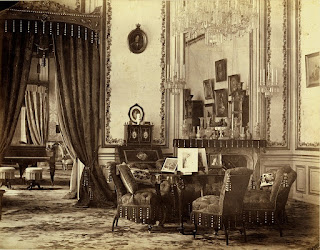 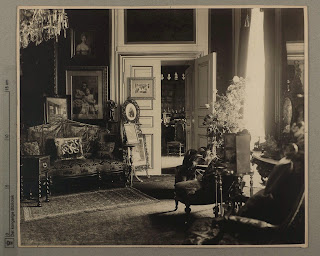 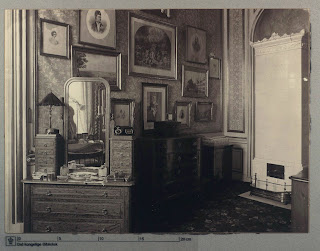 An inventory of Christian IX’s Palace was completed in 1948. The palace became the home of the current Queen Margarethe at the time of her marriage in 1967
Posted by Winter Palace Research at 16:02