After Nicholas ascended the throne in 1825, eight year old Alexander was given the former children’s rooms of both his father and uncle, Alexander I, on the 2nd floor of the Winter Palace facing the Admiralty.

Photographs (below) of the Study/Bedroom today 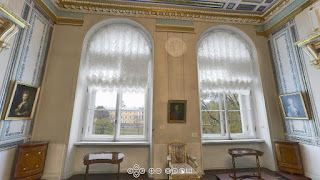 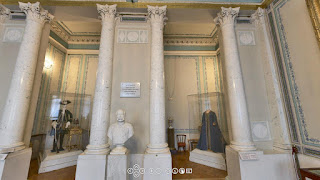 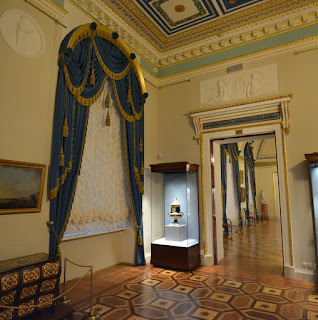 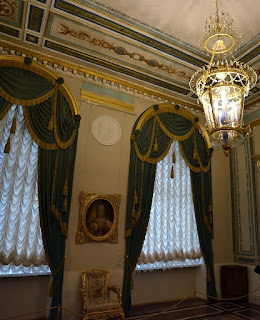 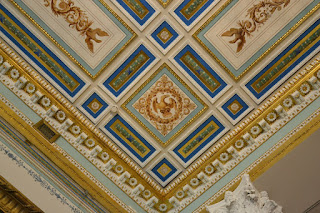 Nicholas recalling his childhood years wrote that the ‘alcove is extremely narrow and decorated with columns of artificial marble. I had not slept in the bed there since I found that it was too hot from the two stoves in the corners. There were two sofas and two cabinets in the alcove. On the right side was a small door that led to the toilet’.

The architect Alexander Bruillov recreated the design of the Study/Bedroom (#171 on the 2nd floor plan) after the 1837 fire. 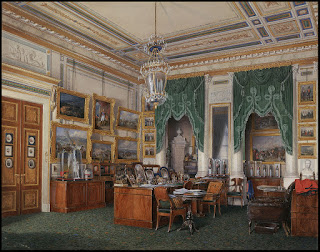 Photographs c1871 and c1917 (below) of Alexander II’s Study/Bedroom 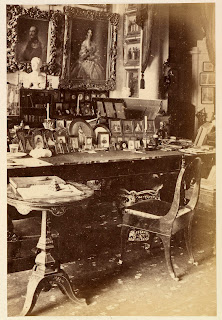 3D Panorama (link below) of the Study/Bedroom today

Posted by Winter Palace Research at 07:24