The Jewel Album’s front page has the inscription ‘Alexandria 1894 Maria’ in Empress Maria Feodorovna’s handwriting. In the summer of 1894 a lady-in-waiting started drawing the empress’ jewels. Later in the winter of 1894-1895 after the death of Alexander III, Empress Maria began writing their descriptions in the columns.


Fourteen pages of thirty (below) from the Jewel Album 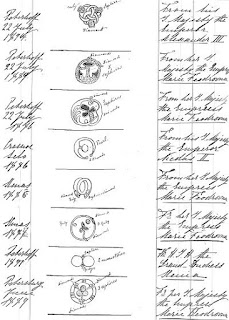 In 1885 the King and Queen of Denmark gave their daughter a brooch with the inscription Fredensborg with five pins; pearl, emerald, ruby, sapphire and diamond. Her brother King George I of the Hellenes gave her between 1887 and 1897 three pins: the Greek flag, Danish flag and Royal Standard of the King. In 1892 she received from her brother a gold bracelet with the white Danish elephant and in October for her 25th wedding anniversary, a badge with his initials and XXV. 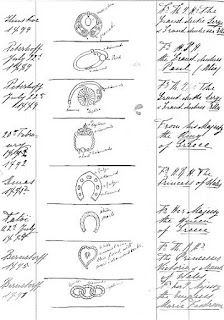 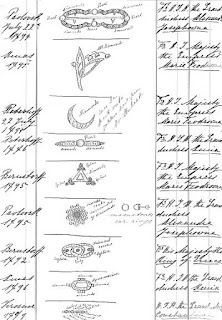 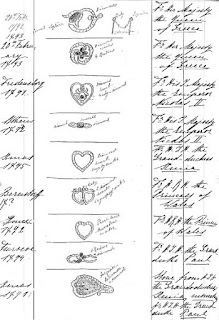 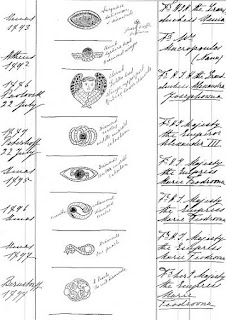 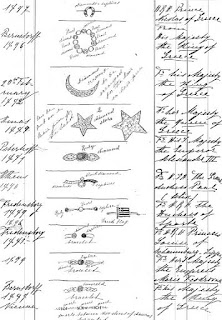 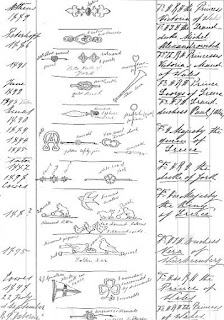 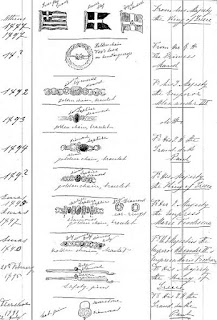 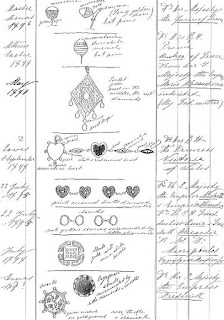 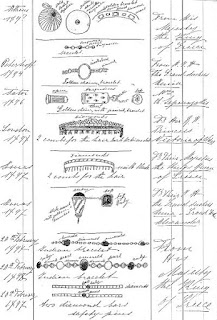 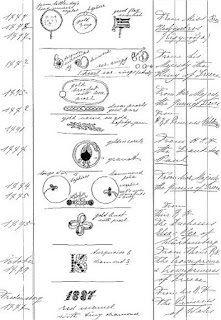 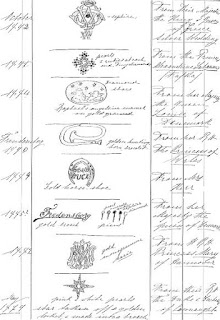 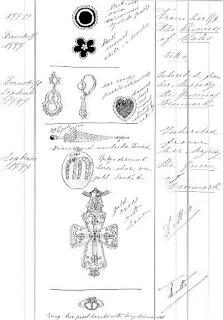 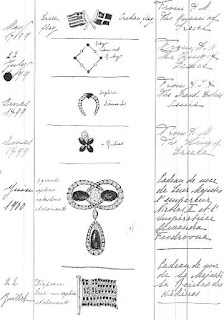 Posted by Winter Palace Research at 09:41